Ok, so I have those struggles. I think I’m not alone. Actually, I know I’m not.

Let’s start with a little bit different question. In how many fields anyone could be an expert? My personal feeling is about three, but the average will definitely be less, probably just one. For example, I think I’m an expert in one field, computer programming. I feel when I decide how to solve some problem, I know for sure the result is not going to be a disaster. Because I put a lot of energy always to read, learn, try, use, everything. It’s my daily job, and I also do some projects at home. Without programming at home, I wouldn’t feel like an expert at all, yet. So it’s like 8+ hours a day. Every day. For more than ten years already.

I also have other hobbies (for example biggest one right now is dancing and helping salsa community), into which I put a lot of energy as well, but I’m unable to say if what I’m doing is right or no. I need much more time and practice. I’m not sure about any decision; I decide only based on intuition. You could see that on results, sometimes it makes perfect sense, sometimes no.

Of course, those two hobbies take a lot of energy that I don’t have time for anything else. The day has only 24 hours…

Now comes my first struggle: if to be able to decide appropriately takes a lot of studies, how could I vote for some candidate I barely know? It seems it’s better to let vote people who keep an eye on politics, at least, every other day. But actually, it means let vote people who think they know what’s happening in politics. Which sounds just horrible.

To put it into my second struggle: many people say people have a short memory and cannot remember the past of candidates. I would, for sure, fall into that category. Because politics isn’t something I like, I would have a problem remembering all details, even major ones! Another question is if that even matters. People can change and deserve a second chance, right? Let’s be honest: who of us has a perfect past?

That question reminds me another struggle: let’s say I don’t have previous struggles at all and I want to vote, but there is no perfect candidate for me (by perfect, I mean the best option available). Whom I should vote for, the most perfect one available (but unpopular, so help to some popular bad one for me) or tactically vote for someone who could defeat that bad one (for me) and would it be okayish?

Yeah, politics is very complicated. Probably I shouldn’t care about that at all and just pick some newspapers, let them do the job of watching every move and keep me notified. The problem is, when I did that, I wasn’t feeling this was working. I’m not saying it was better before and nowadays there is a problem with fake news and so on so it cannot work anymore. It’s the same as before as I dig into history from time to time. But this is like a chicken-egg problem because now I need to choose not a candidate, but a source of information about candidates. Which source is trying to be as objective as possible? Which source is not connected with any side? So many aspects!

This is also my last struggle: which source to follow not to be disgusted? Because many reports are subjective, side-oriented, topic-oriented, … For example, right now, in the Czech Republic, it looks like everybody wants just to defeat the current president. I don’t care if it’s right or not, but it’s not quality journalism I want to follow.

To summarise it, everyone should vote during the election, right? But how I can vote with a clear conscience? Let me know your opinion!

Maybe I just should ignore everything, vote by feeling, and don’t care later if it was the right decision. And without any feeling not vote at all. Because life is short to do something you don’t like. 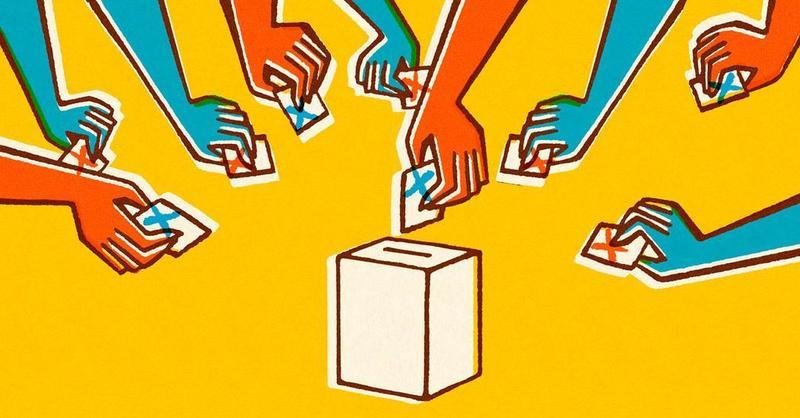