I think it’s important to know some history details in order to understand the world we live in today. Unfortunately, history is boring. At least the history of facts (the way how you can usually find it) is boring to me. I have learned nothing in school even though I remember the principal at primary school was so enthusiastic about history.

I got into a phase in my life where I was curious enough to do something about it. I read a lot of books, watched many documentaries, and took several online courses. I processed all my notes and created a visual timeline for myself. It helped me to see clear connections between different events. It’s like knowing different parts of the city but not knowing how they are connected because you usually take the subway, and once you drive between them, you have that aha! moment.

Once I had that visualization, I followed the path to read the story. I like stories, and I think it’s how to pass history to others. Not by telling boring dates and facts, but by telling a story. In the end, this is how we are programmed.

I wanted to write it down in one post, but it got long rapidly. I tried to include all the necessary details I think are essential, and I ended with 28 posts! This post is an introduction to my summary of human history.

Note the words my and summary. It’s hard to say how exactly things happened. Many things seem obvious to us, but the choice was not that obvious at all. We do not know what to do now (e.g., we do not see how our doings will change the future), and the same is valid for our ancestors. We will not know the story precisely unless we will talk with everyone from the past, and they will honestly tell us why they chose their path.

A lot is written, but time is the limit. This series was my evening hobby for the past two years. My goal was never to know exactly what happened. I aimed for good enough knowledge to understand where current human challenges are coming from and what I can do about it. To make it clear, this summary is not a scientific paper. It can be wrong sometimes. I’m not a historian, and as I said, time is the limit. I merged ideas collected from many sources, but I rarely looked into original texts. But hey, even scientific paper can mislead, and discoveries shaping an understanding of history are happening every day!

Also, it’s a story. Short story. Even though it’s 28 posts, I had to do cuts. I didn’t want to end up with a long boring list of facts. I wanted to write something understandable, avoiding dates if possible, and focus on the flow of the path chosen by humans. I had to simplify a lot sometimes. I’m very sorry if you think I forgot to mention something fundamental!

That brings me to an important note: history is not linear. There is no way how to split history into chapters. Try to think for a moment about your life. We celebrate birthdays or New Year Eves, but nothing changes for us on that specific day. Any change is slow and dependent on many other events around us. We may say a new resolution for 2020 is to have a better diet and do more exercise, but this idea hasn’t come out of nowhere. Also, it takes some time to change our behavior. In ten years, we can say 2020 was a new era for our body. But the truth is not that simple.

Anyway, I had to make chapters. Every chapter will be one blog post. Because my goal was to show how humanity came to the present day, I tried to build chapters and their order in the best possible way to achieve this goal. Still, don’t think about chapters as human milestones. Nothing was ever linear. Many posts will talk about the same period. Don’t forget that.

Before I can start with the story itself, I need to ask you for one thing. Try to look at the past with different eyes than before. Do not dismiss older generations for their actions just because you don’t like them or their actions. I think there are only a few people genuinely evil. Most are just too far disconnected from the effects of their actions. All of us are just trying to solve problems we face as fast as we can and as best as we can.

Basically, everything happened only because it somehow made life more comfortable. At least it looked like that at the beginning before someone noticed otherwise. People always did, and I think they will always do nothing else than the minimum for survival. When I realized this, it made a lot of things much clearer.

For example, we complain a lot about coal, which is one reason for climate change. Why did we start with coal? Because if we wouldn’t, we would burn all the forests! Coal was the solution to the problem. Yes, it brought another issue, but people didn’t know about it back then. We know it’s a problem now. I’m sure our green solutions will be one day also outdated. From this point of view, I think we cannot blame anyone.

But let’s get into today’s problems slowly, let’s start at the beginning. In the first chapter, I will begin with early humans, animals!

By the way, I expect at least some rough history knowledge. I hope that’s fine. :-) 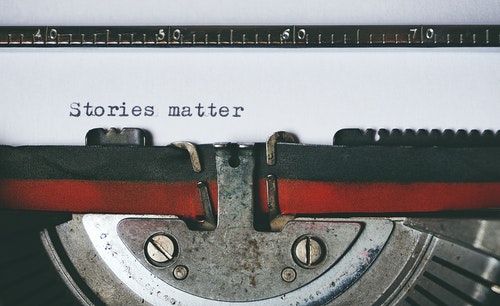