Let’s start very broadly. The first law of thermodynamics says, “the total energy of an isolated system remains constant.” Or with other words, “energy can neither be created nor destroyed; rather, it can only be transformed or transferred from one form to another.” That is one thing the scientific community was able to observe and describe.

Another widely accepted theory is the Big Bang. Scientists observed that the Universe is expanding, and because energy cannot be created or destroyed, there had to be an unimaginable level of energy (all the energy from the whole Universe) in an unbelievably small spot. Very probably for an unimaginable small fraction of time as something like that would be very unstable.

Based on that, we can deduce that the amount of available energy in the whole Universe was set at the beginning, whatever it means, and since then, the energy is transforming from one form to another. The beginning of our known Universe started with the Big Bang, a bang that spread the energy to all corners of the Universe.

From that energy, galaxies and stars were made. Stars are massive machines of chemical reactions creating matter. Bigger the star, heavier the matter. When a star collapses, it spreads matter around that is used to form planets. Some planets can get very diverse funding from many different stars and become rich. One such rich world is our planet Earth. Earth got everything needed to start life.

Life is a real wonder. We can direct our telescopes to galaxies very far away, but we cannot confirm life at any other place yet. Who knows if there is even any!

Probability is very low because life can emerge only in a specific setup. Entropy, an expression of the disorder, was lowest during Big Bang and is increasing ever since. Every irreversible process increases the total entropy. Once the Universe reaches the highest entropy, everything will be in equilibrium. There will be no transformation from one form of energy to another anymore.

You can take an egg as an example. The whole egg has low entropy but breaking the egg is an irreversible process that is increasing the entropy. You can eat the entire egg and use its energy, but a broken egg is not much useful. The energy is still somewhere, but it’s more spread out in a way that is harder to transform to something else (like nourishment for your body).

Life is not the final output of the Universe. Life is just a byproduct of the path from Big Bang to equilibrium. No one is behind it, and no one will be angry if life disappears similarly like no one will be sad if the exploding star destroys some planet. It just happens.

And life on our planet is the same thing. It’s not a constant. What we see around us right now is not the final product which we need to preserve at all costs. Since the beginning of life on Earth, life has changed drastically many times. Climate was utterly different from what we have now, and after each change, life had to adapt.

Our planet experienced many extreme periods during which the life form was nearly entirely wiped out by volcanoes, meteorites, or even plants. During the late Devonian period, plants colonized land and lowered the CO2 level in the atmosphere. That made life inhabitable for previous life forms used to CO2, and a decreased level of CO2 led to cooling the planet down, leading to mass extinction.

Sometimes Earth was too hot, frozen, without oxygen in the atmosphere, or with too much oxygen. Each change from one state to the other wiped out all unadaptable life forms, yet life always survived. Life needs special conditions, and that’s why it’s not observable anywhere else in the known Universe, but a wide climatic range on Earth is not the issue.

The constant about climate is that it’s always changing. Climate will never stay constant. Each evolution step changes the climate, and the change in climate dictates what the next evolution step is (or more correctly, which evolution steps survive). And first humans knew it. That’s why Homo genus got genes for cultural life. Culture can adapt much faster. That way, humans could survive the Ice age thanks to inventing clothes and mastering fire.

Even though humans can adapt thanks to our inventions to many conditions, we still have limits. And that’s why we fear climate change. Life can survive in various conditions on Earth, but not humans. We need an even more narrow set of requirements for a happy human life.

This fearful feeling is natural, and that’s why we care about climate change so much. But we forget a few important facts about it.

First, we are not saving the planet. We are protecting ourselves. Fighting climate change is a selfish thing to do, not a noble thing to do. I’m not saying it’s wrong; I’m just calling it the right name. From this perspective, it’s peculiar to see climate activists talking poorly about the previous generation using coal. Climate activists are trying to do the same thing as people digging and burning coal before them. Hundreds of years ago, we burned so many trees that we would have severe issues without coal. Coal saved selfish humanity and now climate activists are trying to save it.

Second, climate change is now an ideology. As I said, saving the planet is a lie; it’s selfish at best. But still, we support that lie and introduce stresses to our lives. Instead of finding our way to be happy, we propose sadness seeing plastic straws, remorse of using a one-time-use coffee cup on the street, fear of how others will react if I use a lot of water, anger directed to previous generations, and so on. That’s not OK, in my opinion. Climate change is now used to make people feel stressed, and stress is bad for our immunity. Why are we trying to prolong hours on this planet for humans if those hours will be full of pain?

And third, climate change cannot be stopped. It’s inevitable. We can only delay it, but we don’t know how yet. Climate is a very complex system, and no one knows what our doings can cause. In the end, as I said, there is no right solution. If you want to stop humans from altering the climate, the best is to let them all die. Still, the environment will change even without us or our inventions, just differently. If you want humans to survive longer, well, there are many options, and no one can tell what is the best.

The saddest part is that climate change is separating society into two groups. On one side, there are extremists using climate as ideology, similarly like fascists, or as religion, like crusaders. They believe in their cause and that they know what to do, and they are trying to force it on other people because climate change activists are afraid of change. And on the other side, there are deniers. They are also scared of change. Deniers fear that changes in behavior, either their or of the whole society, would cost them a lot of money and comfort. I could simplify it by stating that activists are afraid of how our inventions and ideologies change the planet. In contrast, deniers are fearful of how the planet changes our ideologies and inventions.

Both groups are afraid, and both groups are, at least in my eyes, wrong. Climate change is happening, and we cannot escape it. But we don’t know what to do about it. We still know too little. That’s why it’s pointless to fight for some specific cause, like eradicating plastics. I will never forget how a friend in San Francisco told me to hide my plastic bag brought from Prague, and when I asked what I should use as safety for my bottle of liquor in my suitcase, he passed me a paper bag.

We overuse natural resources for stupid things for sure. We use a lot of unnecessary plastics in packages. The same is true for paper. We travel both long and short distances because of meetings which could be settled over the phone. A lot of food is wasted, we overeat, and we eat the wrong food. We buy too many products we actually don’t need. That’s all true.

At the same time, we shouldn’t ban plastic completely; plastics are essential for many use cases, such as food packaging. We shouldn’t fear traveling; sometimes, it’s much more effective to have intensive team discussions in one physical room. We shouldn’t worry about eating meat (if it’s not twice a day!); we need nutrition from meat which is difficult to substitute with a vegetarian or vegan diet and an equivalent mass-production plant based alternative is not yet ready. It’s OK to buy a new phone if the old one is broken.

My personal conclusion is this: the change is happening, but I will not fall into the ideologist trap. Instead of being stressed by it and think with every package or travel or meat about how I’m not a responsible citizen, I will enjoy every such moment without remorse. But I will try to live a sustainable life to make sure I can enjoy it also when I’m old. That is, try to throw away as little food as possible, have a good diet (not too much meat or sugar or anything), not buy everything just because I can, and so on. 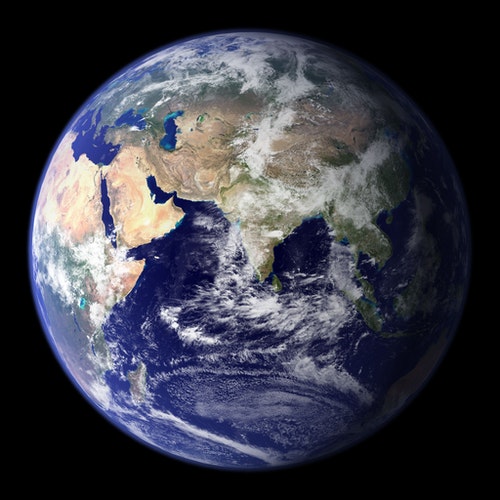