Humans invented many things, but when we think about it deeply, most of the time, inventions are not that useful or are misused a lot. Sometimes both. One of the worst inventions ever is monotheism.

Let me start with nature: go to the jungle or ZOO and observe monkeys (or you can open your favorite streaming service and watch documentaries). Spot an alpha male and keep an eye on him. You may be surprised that the alpha male is taking care of the weak ones. He is doing it naturally; there is no need for a prophet coming with the message from God.

Humans are not that simple; we need stories to make a functional society. There is no predator humanity should be afraid of. That’s why some think they are unstoppable and can run away from natural laws. So we created our laws. The first laws had to be introduced way before any civilization emerged. It started with mythology and over time got more complex to form religions.

Religion was indeed useful. It helped to share the same values about family and community for many centuries. Christianity or Islam wasn’t founded to start crusades or jihads. Both were used to fill people with some stories which they can follow and build a nation with it. Religion, as many other inventions, was also used longer than needed to step up the ladder and misused.

Even if we forget about holy wars and look only at the good part, i.e., religion trying to make good in the World, monotheism is still the worst invention.

First, it’s all about interpretation. Both Jews and Muslims have the order to wipe out other nations (Deuteronomy 20:16-17), but Jews interpret it differently than some extreme Muslims. That’s why we think Jews are “the good ones” and Muslims “the bad ones” (at least Muslims are not seen in good light these days because of few extremists). That’s not true. I’m sure there are many moral Muslims as there are many moral Jews.

Interpretation is even more important than you may think. Even if sacred texts have no destructive goal at all and that the only goal is to share love, the result could be the same. Anyone in a leadership role could change the interpretation on the way as they please. We could tell that Mohamed was a feminist, and still, generally orthodox Muslims today do not respect women.

The issue is that to believe in monotheistic religion is the same as to follow a dictator blindly. Blindly following anyone is a way to hell. Everyone should follow their needs and not the needs of others. In other words, everyone should do what they feel is right for them and not what anyone tells them to do. Otherwise, when a dictator changes direction to do harm, others will simply follow.

Second, religion is ignorance. God suppresses freedom and ignores others. Let’s be honest; nature knows better than any oldest sacred text or prophet coming with a message from God. Nature can teach us many things, and we need to be open to new discoveries and inventions.

I liked what Yuval Noah Harari wrote in his book 21 Lessons for the 21st Century: “Questions you cannot answer are usually far better for you than answers you cannot question.” You can question anything you like and get some new idea by closer reading, for example, Smith or Marx. On the other hand, by reading Koran, you can only justify your actions. Capable leaders can justify anything.

All failed because followers of the mentioned religions followed interpretation, which changed, and because they ignored feedback. Secular science is open to feedback, can admit a mistake, and learn from failures. Science needs to be treated as “we know nothing, and each evidence reveals a piece of truth.” No information can be treated as the final truth. Science is never final. The issue with religion is that it ignores science.

We can go even further: companies can also be religions. A company has no value, the same way ideology or religion has no value. The value is only in our minds. You may believe iOS is the best while someone else praises Android. Thousand years ago, people worked for one of several Gods. Today, people work, for example, for Apple or Google or use their services, and fight over what is better. I don’t see a difference.

A year ago, before I wrote this post, I was thinking about monotheism a lot, and my thoughts were leading me to the only conclusion: that monotheism is the worst invention and should be banned. I knew it would not work because humans love forbidden fruit, but still.

Anyway, banning would not solve the root of the issue: people suck when belief comes into play. That’s the main issue. And faith can be anything, religion, ideology, or even something else. In many cases it's some kind of monotheism. The best that can be done is that every one of us will, from time to time, think about what believes we hold and uphold.

We need to believe in something; it’s our natural behavior. From my perspective, the best belief is without any God, person, sacred text, temple, etc. We can find inspiration in nature to find out what is good faith for us: how other animals live? They live mindfully in the current moment without a rush. Meditation is a tool to help you do the same. If that’s not for you, you can believe in the Universe. Or even anything else, just don’t take it too seriously.

Religion is like a penis. It’s okay to have one, and it’s okay to be proud of it, however, do not pull it out in public, do not push it on children, do not write laws with it, do not think with it. 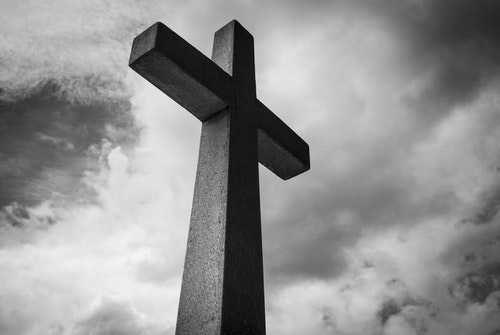