Many kingdoms turned into empires with a ruler acting as a middleman to gods, and in few kingdoms citizens prayed directly to one God instead. As shared already before, it was not common to believe in one God only. Humans had many gods, and attempt to have monotheistic religion in Egypt didn’t work out. So, how religions with God emerged?

We need to go back to 8000 HE (Human Era, 2000 BCE). People traveled between kingdoms (and later empires) of Egypt and Mesopotamia, two main places with civilizations. There was a desert in between, and people had to go around it through a region called Canaan in the Levant. Canaan was not a good place to settle down. There was no big river as the Nile in Egypt or Tigris and Euphrates in Mesopotamia.

Some people left their birthplace and stayed there anyway. The name for such people was israel from original meaning “people without place,” and thus today we can find Israel on the location of ancient Canaan. Old Testament refers to this place as Promised Land by God to Abraham.

People in Levant formed Kingdom of Israel around 8950 HE (1050 BCE) and around 100 years later emerged also Kingdom of Judah. People of both kingdoms believed in only one God, but it didn’t work out as intended. Each kingdom had its one God. Israel butchered Judah for that. Israel could prosper, but not for a long time because Shalmaneser, king of Assyria, wanted this region. Bribes in the form of silver were not enough. Shalmaneser conquered Israel.

Judah had the opportunity to use the situation, but Shalmaneser came to Judah a few years later too. Many people left both Israel and Judah. There was only famine, lawlessness, and executions. Nothing anyone would like to stay for. Some people fled to Egypt and lived a peaceful life next to Egyptians with their temple without saying God’s name out loud. Others left to Mesopotamia, which was not that happy move as to Egypt. Babylonians agreed to marry foreign women but didn’t agree to share women or anything else the opposite way.

Typically, the kingdom would be lost. But some people wrote the Bible. The key was not to use the same approach as kings with their monuments to celebrate victories. Every kingdom or empire was built on victories which improved the situation in the country. Biblical authors used another approach: to focus on how great the situation was initially, and accept the defeat. Authors wanted to unify people even in the diaspora, and this was their solution: to show to people that the country was great before and can be great again in the future.

The Bible would not be successful without the following conditions:

So now we have the Bible which opens the story with Promised Land by God to Abraham (father of Israel) and his sons Isaac (later renamed to Israel) and grandson Jacob. Jacob was the father of twelve sons, all of them expanding around Promised Land. Under pressure from Egypt, they run away back to Promised Land under the leadership of Moses. The first picked king was Saul. Saul was terrible king and quickly exchanged for David. The land was amazing, but then pharaoh Shishak came and took everything away.

Besides “historical” story, the Bible deals with questions about women (they were necessary), families (women cared about household), heroes (they didn’t die in battles but in peace by aging), and many more questions, not only ethical questions. Bible meant to be an educational outline to form the Jewish nation. Actually, the first versions were not to be read by the public. The first version was in the form of pure records for priests only. It took several hundreds of years before the Bible was available publicly in an understandable form.

The story continues with archangel Gabriel telling Mary she will be the mother of the promised messiah. Her son Jesus was born around 10000 HE. He proclaimed himself as King of Jews, which angered both Jews and Romans (I will write about them later). Jesus was accused of blasphemy by Jews and of high treason by Romans and sentenced to death by crucifixion. Some Jews said Jesus was resurrected and wrote a second edition of the Bible: The New Testament. The Old Testament was a covenant between God and people (for Jews), whereas The New Testament was about the fulfillment of God’s promises to Israel (for Christians).

Nevertheless, Christianity was a minor religion at that time, and most people believing in one God were still Jews. The problem was, Romans annexed their Promised Land. Jews tried to conquer it back twice, but both attempts ended badly. Their second attempt ended in 10135 HE by defeat and expulsion from their Promised Land till the previous century. Christianity was banned in Rome altogether. At least at the beginning…

Next time, I will continue with the first republic, ancient Greek. 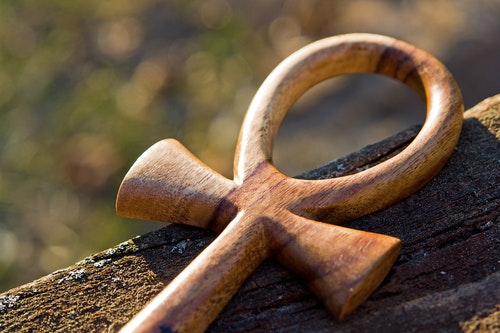