Some of the keywords you could see a lot last years. “Elections are manipulated by data mining companies.” It seems scary, and I think it is scary. On the other hand, it’s a very controversial topic when I think about it a bit more. From my point of view, I don’t like mining user behaviors. But there are a lot of buts…

In history, only the stronger opponent won. It’s natural. Territory always owns one alpha male. The stronger one could defeat weak ones and have the glory. Let’s skip many years to 1700s-1800s, to the big revolutions when all different empires were slowly changing to the idea of nations, where people started to vote for their representatives. Also, at that time, only the stronger opponent won, but it wasn’t about power anymore. At least not about power only. It started to be more and more about marketing.

Nowadays, people share all their details on the internet. This marketing can be much more useful than it used to be. Instead of creating general advertisements, we can create many ads for different kinds of groups of people. It’s still the same concept, but with newly available tools. From this point of view, I don’t see a reason to complain. Because if we did, also the newspaper should be forbidden years ago… (Newspaper was from the beginning written and distributed mainly by political parties.)

On the other hand, we, as humanity, developed into some evolution stage. For example, slavery was totally fine in the 1600s. It was in the 1800s when the slavery question changed with the new life values. No one would even try to treat people that way again (at least in the developed part of the world, I hope). Women can vote now. Smoking is more and more forbidden in many places. The humanity evolves and the rights with us. We have rights to have our privacy, why we shouldn’t have it on the internet as well? No one has the right to say in the store we have to use a transparent changing room in order to buy something. No one should be automatically tracked on the internet in order to use some service, right?

But people are people. We are intelligent and stupid at the same time. Even when we forbid targeting totally, some guys will find a way to satisfy the law and use the feature anyway. Or they will simply not respect the law. People have a hard time using the internet. They don’t understand what a link is and what isn’t. They don’t see the difference between an app and a website, nor between information and the ad. They don’t know how much important the passwords are and how they should treat them.

I think it’s very unethical to feed on human stupidity. We can enforce laws to protect them, but we should start mainly at the beginning; at schools. Two important topics should be included in primary schools. Internet literacy and information criticism.

Without it, there will always be more idiots than geniuses. We live in a democracy, where two idiots can over-vote one genius. Democracy is not a perfect Government, but for now, the best we came up with. Churchill said it beautifully:

I think every Government system will fall when you put people into the system. From my perspective, the best system is a dictatorship with the most intelligent person on the top. Which is, of course, utopia, and mostly it’s hard to find this guy. Or woman to be gender-correct. For everyone, it would be someone else.

My biggest fear is probably not because of the issue itself, but who is currently mostly using it. I think nuclear weapons are unethical, but even worse is to sit back and keep the other side to take advantage. Einstein was pacifists and was calling for nuclear weapons to be prepared against Germany. I think this issue is very similar. I’m against spying on people, I like to see laws like GDPR, but we shouldn’t sit back.

To sum it up: we should see social media and targeting politics similarly like nuclear power. If you have it, you can keep your opponent in check. And the most important thing is: people are people. Intelligent and stupid at the same time. We should make better education on internet literacy and information criticism. It’s useless to see how almost everyone is literate when we are unable to put two and two together and fall into the trap. Have you seen the show Derren Brown: Pushed to the Edge? 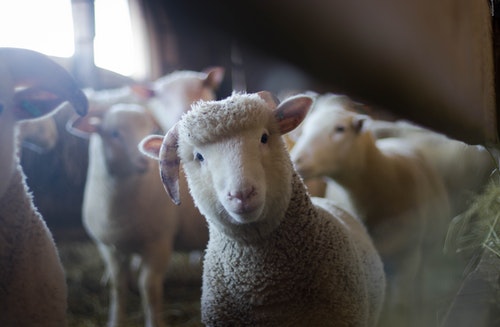