I don’t like many words. The reason I don’t like some words is that I cannot remember them. Or I have trouble pronouncing them. I could give you my list, and you could give me yours.

But we have to talk. Language is a tool to communicate. A way how you can tell me your thoughts or needs, and I can understand them. We need to have labels. We need to have an idea of what a “red wall” means.

Maybe you don’t like the red color, and I prefer windows, anyway, we both agree that red is color at the end of the spectrum, as of blood, and that wall is a continuous vertical brick or stone structure that encloses or divides an area of land.

It’s the same with time.

Five in the morning, or 5 a.m. for short, is five hours since the start of the day. And the exact second when the day starts is another agreement we use to be able to arrange meetings. It should be at some time in the middle of the night.

The problem is when someone wants to change some words. Same labels. Everyone has a different opinion. If our agreement of names for colors should change, I’m sure we would have big problems. No one would be happy. The best way is to keep it as it is.

And now the Europe Union is thinking about canceling daylight saving time!

Of course, people are crazy because of that. The DST debate is never-ending the story, but now with the EU step, it’s spicier. People like a stereotype, and if something should be changed, everyone has its interest.

I haven’t seen many supporters of preserving DST. Probably because many more people voted for cancellation of DST. Anyway, we can eat popcorn and have fun reading discussion between two groups of people:

One group wants to preserve standard time. They have many good reasons, such as light in the morning in the winter. It’s standard time, after all.

The second group wants to preserve “summertime”. To have light longer in the evenings instead of having a light in the morning. So they don’t have to get up early.

The discussion is even more fun. For example, some people argue we care only about ourselves and not about animals. People who think they are smart are laughing about it, but they forget animals have to adapt to our biorhythm.

Sun and Earth are giving us biorhythm. We are giving to that biorhythm labels so we can call our girlfriend and tell her we will pick her at five. And she will be ready at five fifteen, as usual.

Time is just a label.

We hate interruption of stereotype, the change. So the most important thing is to cancel the changing time twice a year. Which time we pick doesn’t matter. But! We call 12 p.m. noon and 12 a.m. midnight. Therefore the best would be to have noon at noon all the time. Unfortunately, we would need much more time zones than we currently have. So the best time zone is the one which is closest to the reality not to be confused.

To not be confused by just a label. 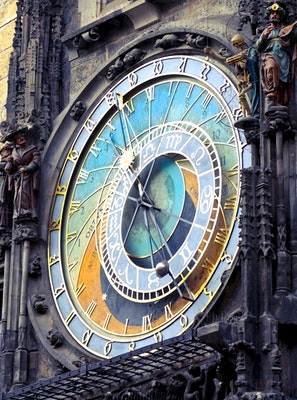 Confusion is just a label. Why not to use UTC everywhere?
Were the first European colonists, having arrived to southern hemisphere, confused that they have winter in June and hot weather in January?