I was reading book 12 Rules for Life: An Antidote to Chaos. It’s good but I don’t find it very good. If you read nothing like this before, you may like it. Or may not because what I mostly don’t like about this book is the style. For me, it’s too long and not fun to read. Many parts boring, I would say.

Anyway, it doesn’t mean there aren’t good thoughts! The best one I will definitely remember is that thinking is hard.

Ok, this is no surprise. And I was already reading before book Thinking, Fast and Slow.

But here is mentioned something else. It’s hard because you need to be two in one. That thinking is actually talking, but in your mind with yourself. Something which is very hard and therefore done by only very few people.

It’s probably connected with boredom. We struggle to be bored. It’s very hard. It needs concentration, and we’d rather have an electric shock.

And now we are getting to the part I find very interesting. Because we are not good in real thinking, we need someone to be listening. It’s very, very important. Why? The example from the book is awesome:

A boy can have an idea to climb to the roof. With no one around and without thinking, he could do that and something bad could happen. But if there was an older sister who could tell him it’s not a good idea—that parents would be furious and he could fall down—maybe the boy will not climb to the roof. Or maybe he will climb anyway because it’s more exciting than other opinions. But at least now the boy has more inputs.

In the book, you can find more examples. To put it shortly: when you have no one to talk to, it’s easy to fall into the trap and do crazy stuff because you don’t know where is the limit.

If I’m not wrong, talking to others about plans is also in the book The Way Of The Superior Man. A good friend will always tell honest feedback to keep a friend on a good path. It’s important to have good friends around. You never know when you are lazy to think.

Which is normal, I would say. The problem is elsewhere. Before, you could be safe with traditions and Christianity. At least in The Old Continent. Traditions brought people together (and still do, but not as much as before) and you could tell your story in a church where someone was listening to you.

Today, many people need to go to see a therapist. Which is… just highly educated priest.

So, yes, thinking is hard and meeting friends is very important. 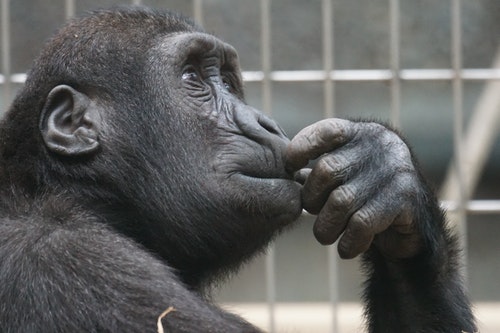