It’s simple. Without fail, we cannot learn and prosper.

Longer story: we are afraid to fail. We instead create an excuse (such as saying “I’m not good with numbers” or having a drink before the exam and then say “I would do it, but I was drunk…”) instead of simply put as much as possible into a task. And in case of fail, learn from the mistakes. It’s not easy, though. Firstly, we need to fight against expectations. When people expect something from us (even if people mean us), we tend to be afraid (because of possible disappointment).

Also, we need discipline. A lot of inventions were patented much sooner than there was a functional prototype. A lot of people can bring ideas, but it takes a lot of time and a lot of failed attempts to really tackle the problem.

Speaking of the problem, that’s also important. For example, I was working on an app I really needed. It was straightforward for me to spent countless hours on it. That app still needs improvements but the problem is not here anymore, so I can be disciplined as much as I want, but I will hardly continue.

Maybe with unlimited time, it would be different. But we don’t have unlimited time. Time is precious, and we don’t live long enough to make all mistakes possible. We have not only to learn to fail and learn from our mistakes, but also learn from the mistakes of others.

Which is challenging. Not everything on the internet (or even in books) is correct. We have to have a critical mind and at least check if the information or hypothesis makes any sense at all. For example, horoscopes are a perfect example of a lousy hypothesis because of usage of vague predictions that are valid for most situations.

Another great example can be a famous story about bombers from World War 2. Many bombers were shot down. Each damage was reviewed and recorded. The picture was clear—the plane’s wings and body needed more armor because there were the most recorded holes. But the analysis was wrong. Only returned bombers were reviewed. What was missing were holes in the engine or cockpit.

To verify the information or hypothesis, you cannot be in your bubble. Even worse, what can happen to anyone of us is cognitive dissonance. People, in general, tend to reframe new evidence than alter their beliefs. Trying to explain it differently, justify it or ignore the evidence completely is a sign of cognitive dissonance.

To sum it up, don’t be afraid to fail. Have a critical mind. Verify information outside your bubble. Make a good hypothesis. Be ready to fail. Learn from mistakes you do. Also, learn from mistakes others did. And if I can recommend something, look into those problems in detail. I found them very well described in a book Black Box Thinking. One of the best books I read this year so far! My post is just a brief reminder for me, and a sneak peek for you. :-) 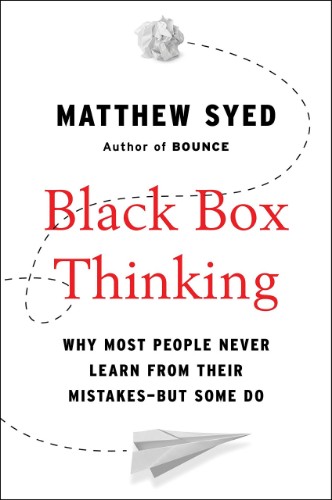