The last century was about one thing only: ideologies replaced religion, Industrial Revolution changed states into industrial states, and no one knew how to deal with it and organize such a state. What was available? I like groups used by Philip Zelikow in his course The Modern World a lot.

The first group are national traditionalists honoring old authorities (monarchies), religion, national purity, and a powerful empire for their profit (for example, Russia). The second group is more open to new social structures and science (i.e., to control or remove religion), but national conservatives still want to have a strong government and empire for its profit (for example, Germany). Liberals make the third group, which is against the central government (seeking freedom of individuals and market), against religion, against wars (and thus against empires unless it does good) or against big corporations (for example, United States). The fourth group are democratic socialists similar to liberals but with central government and big corporations (for example, Britain). And the last group are revolutionary socialists who are against everything and cannot tolerate any other system (Karl Marx’s followers).

States were holding the status quo, but it was quietly boiling. Germans thought they were the most advanced state in Europe, but they felt a threat from Russia and France, anyway. On the other side of Europe, Balkans also had frictions, which started the first major conflict about ideologies.

The assassination of Archduke Franz Ferdinand of Austria led to a declaration of war between Austria-Hungary and Serbia (11914 HE). Russia supported Serbia and joined as well. Germany used the situation because France was an ally with Russia and backed Austria-Hungary. Belgium and Britain stayed neutral and waited for the next move. The decision was clear once Germany sent an army to France through Belgium. Japan was an ally with Britain, so Japan occupied German’s islands. Germany was not ready for two fronts and asked the Ottoman Empire ally to open another front in the Middle East to divert attention of France and Britain (it was jihad made by Germany). African colonies fell into war quickly as well.

It started as a small conflict in Balkans and suddenly… The plan was to make a quick war, but it failed. War changed to trench warfare instead. States needed some new strategies. America financially supported Britain, but Germany was afraid to sink any American ship because no one knew how strong America was. Another idea was to eradicate France; the bloodiest battles were of Verdun and the Somme. All sides tried their best, but there was no progress.

Europeans asked Americans to help negotiate peace. The United States was still neutral but was helping Britain financially to have some control over Britain to force them to find a truce. They knew they needed to decide where they stand soon because Germany could not tolerate financial support to only one side indefinitely. America let the decision after elections, which was too late. The traditional government in Russia fell, and Europe was fighting new battles.

Germany tried to lure Mexico to its side and offered lands stolen by the United States. Americans decided on which side to step in, and allies won the war. Why? Because German’s gambles didn’t work out and Germany had small chances to get resources versus allies with many colonies. War abolished old monarchies (Germany, Austria-Hungary, Russia, Ottoman, Chinese, etc.), and the tendency was to make republics. Still, no one knew which principles and values to use for new democracies.

War controlled everything. The flow of money, resources (to ensure soldiers get what they need, no free market), factories (companies were controlled by the state directly), and people (who work where). A totalitarian state was an obvious choice already in place. Basically, national traditionalists were out, and liberalism did not work with totalitarian states. Karl Marx’s communism was often picked up. Chaos after the war helped to spread communism in (mostly Eastern) Europe.

It would be nonsense to keep old borders after fallen monarchies; moreover, the same frictions would still exist. Instead, allies helped to create new states. For example, Poland, Austria, Hungary, Czechoslovakia, Romania, Yugoslavia, and others. It was not possible to divide well every county. For example, people were very mixed in Yugoslavia or Romania, and in fact, they are still mixed there.

Everyone wanted to avoid such conflict again, that’s why the League of Nations was founded. The mission was to demilitarize and preserve peace. It was not a success story. What happened? Economy collapsed. Demand grows only when the economy grows, and there is money available. States used the Gold standard, which limited available cash and, thus, demand. It created similar problem to Long depression from before the war.

Germany suffered from hyperinflation because of that. The United States borrowed money to Germany so Germany can compensate for war damages to France and Britain and use that money to repay a debt to the United States. It was not enough, and states asked citizens to help by buying bonds. People got used to it, and people took loans to buy bonds! This investment bubble ended with Great Crash (11929 HE). The crash itself would not cause the Great Depression, but two things helped: people turned from bonds back to cash, and demand went down because they couldn’t afford more. States were afraid of printing money because it needed the cooperation of all nations. No one was willing to cooperate. Each state decided to fix its market locally.

The United States stopped lending money to Germany and focused on the United States only. France didn’t want to do any deal and raided Germany to take reimbursement differently (for example, by raids on ordinary people). Hitler hated that and said Germany is not a French colony. Britain, the leader of global capitalism, turned away from the Gold standard, free market, and capitalism. Global capitalism collapsed, and Europe had to deal with the Great Depression. Each state alone nor the League of Nation nor any other international company could help.

After this, communism, fascism, and nazism as alternatives for capitalism were getting stronger; they were similarly strong as liberalism. Germany, Italy, the Soviet Union, and Japan chose path to new dictatorships. Ten years after the war, Czechoslovakia was the last democratic state in Eastern Europe. The United States ignored the new situation, and Britain didn’t know what to do.

War about ideologies was far from over. Next time, I will continue with the World War II. 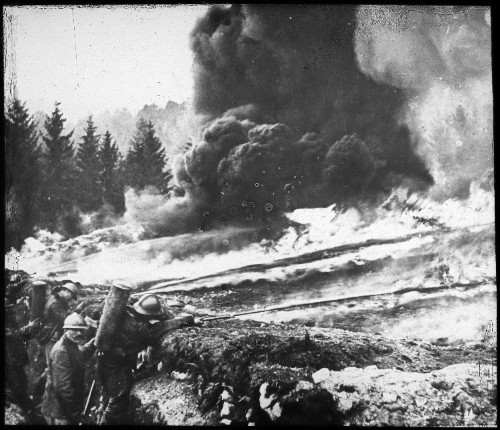