I will jump back a bit because I didn’t talk much about the economy. I mentioned the first banking system in the post about knights, but the modern economy started to form much sooner. People traded already in the early stages of humanity, but we should understand how stressful it was: let’s say a baker wanted to open a bakery. Money was needed to build a bakery. Without money, he or she needed to make bread and to make bread… the bakery was required. On top of that, even if the baker could build a bakery, he or she was liable for it with everything he or she owned. People were stuck in this vicious circle for a long time.

No one believed people could produce more stuff. No one believed in innovations or progress. People believed everything good already happened and that there is static global production and wealth; thus, if anyone could be rich, someone else had to be poor. Kings and emperors used any surplus for building pyramids or palaces, for organizing tournament banquets, and so on.

How did this change when people started to believe in progress? Kings needed something, let’s say ships. King made a deal with a company. The deal was beneficial to both sides: the company will have the advantage of a monopolistic position, and the king will have money from taxes. The tax money will be used to strengthen the army and navy to protect monopolies and conquer more places to build a bigger empire with more monopolies.

That’s the origin of capitalism. Everything is increasing and better over time. Scientific and Industrial revolutions started many inventions and discoveries which required more and more companies. People weren’t afraid that new chocolate bakery could be dangerous for traditional bakery anymore. People believed that production could grow and that old markets will not suffer because of the new ones.

For the first time, baker from the example could borrow money for bakery and repay the loan later when the bakery is up and running. At the beginning, the confidence in progress was small and thus available credit smaller and growth lower. Over time, people grew their confidence, and the market could grow faster with more significant credit available.

It means that banks do not have all money available. There is more money in circulation than there really exists. Banks hope that not everyone will come to withdraw their share at once. Today, banks can lend up to ten dollars for one dollar in the United States. Of course, if there is a crisis of any kind, and people will not believe in progress, the system will collapse.

Dutchmen were the first to believe in growth. They were very successful and wealthy. They had more money than available goods. Dutchmen were looking into other options where to put their money—they kicked off the stock exchange. Instead of buying real assets, they traded options; the right to purchase the product later. Then they sold those rights to someone else for a higher price. Tulip mania (11637 HE) was precisely that and ended badly for Dutchmen. England took over from here; interesting facts: New York was originally New Amsterdam, and Napoleon later made jokes that Englishmen were shopkeepers.

Adam Smith from Scotland observed the world around him and wrote two important books. One was about moral thinking, and the second one about capitalism called The wealth of Nations. We can say Smith is the father of economics and capitalism. Smith said that getting rich is not egoistic and that it is good not only for me, but also for others. The more significant profit of my company means I can hire more people. That will increase production and profit, and the company can grow even more (hire more people). That was important because the population was increasing. More people needed a job, and more people required goods.

It is notable that loan has to make a profit. Taking loans for direct consumption is a way to hell. The loan needs to be returned. A loan is made of money that doesn’t exist. The bank is using the wealth of someone else. Banks actually take the risk. Smith also stressed that companies have to invest money in production. This makes capitalism real capitalism. Capitalism is not when people use profit or loan to build pyramids or palaces. The profit needs to go back to the company.

Another thing Smith highlighted was that capitalism is built on capital. Companies before capitalism were usually family businesses, and when the company collapsed, it went down with the owner. Owners were not protected. Limited liability was introduced to support businesses and protect families. But provided capital, Smith says, should not be used only for profit for investors but also to protect workers. In case the company bankrupts, investors lose only the invested money. Investors should not abuse workers for their mistakes.

Smith talks about three groups separated by the type of income. You can have income from renting a property. Basically, its easy money, and this is where rentier is coming from. Or you can make money from profit as an investor. The most common scenario is worker living on wages. Smith argued free trade is required for the economy. That no central government or any control can correctly set up what is needed; that free trade will also protect workers from immoral work conditions. If no one controls anything and an employer, for example, reduces wages and increases hours, a worker would go away to work for another company, and the immoral company would bankrupt.

Unfortunately, this doesn’t work with monopolies and other deals. Note that this is how kingdoms used to operate. Monopolies were vital for them. East India Company was an example of a monopoly working for 250 years. This company had its army and navy to protect its trade in colonies, and Britain allowed this company to milk colonies dry of resources. Also, Britain kept all trade going through England. For example, tea from India couldn’t go directly to America but had to go through London first with a higher price for Americans to pay for storage rent and unload and load work.

Smith took part in the debate about American colonies in British politics. Smith argued monopolies are harmful to the economy and should not be allowed. Demand should be the only signal for what people want, and how valued the goods should be. He also argued colonies are vital, and it’s more economical to allow free trade, instead of paying for unnecessary rent, load/unload, protection and control of colonies. It would be better to allow direct free trade, let colonies thrive, and profit from colonies’ profit. The wealth of Nations was published at the same time as the United States Declaration of Independence (11776 HE).

I would say capitalism is nothing special or surprising. It’s a natural outcome of events. I would compare it to the First Agricultural Revolution: in both cases, we cannot go back because we cannot feed that big population without it. Capitalism can only be controlled by capitalism. There was only one serious attempt to try something else—communism, which ended disastrously. No one wants to try any other attempt.

Before I get fully into ideologies such as communism, next time we need to look into revolutions inspired by Smith’s work. 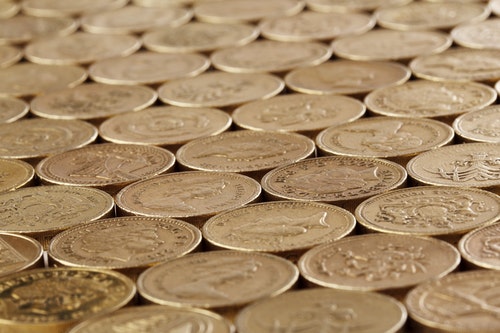