I talked about many changes in previous posts. Europeans questioned God, colonized world, invented steam engine and electricity, and formed modern economy. It was a Great Divergence. People exchanged traditional life for the modern one. They moved from constant life in stable rural communities based on religion to always growing industrial life in unstable cities based on science.

Everything speeded up; local became global; people rapidly spread around the globe. That led to the third wave of extinction. The first wave was when humans learned how to hunt big animals. The second one, when humans settled down. And the third one when they expanded exponentially like a virus.

Civilizations in America or Australia were almost completely wiped out. The only surviving humans, except Europeans, were living in Asia. China’s dynasties were prosperous and thus had no reason to care about what’s happening elsewhere most of the time. The Muslim Ottoman Empire was expanding from Asia to Europe but was stopped once and for all by Christians after an attempt to conquer Vienna (center of Holy Roman Empire) before any of the changes in Europe mentioned above. Since then, the empire just stagnated. Ottoman Empire made reforms and didn’t care what is happening in Europe anymore. It was a complete overturn from before. Muslims were open to new inventions, but since reforms they were arrogant and refused to modernize.

All new resources and inventions were enjoyed only by Europeans. Capitalism was spreading. It raised the living standard, and Europeans thrived. Smith’s work influenced Thomas Jefferson, an admirer of Smith, who wrote the United States Declaration of Independence. Smith showed a different way of building society, and Americans implemented it. Similarly, like Ancient Greece tried democracy or Vikings Thing in Iceland.

Smith also inspired Genevan philosopher Jean-Jacques Rousseau. Rousseau questioned religion and monarchies and called for compassion and empathy. He believed humans are essentially good, and only the sick system makes them bad. His opinions were not popular, his books were banned, and Rousseau had to leave for London.

People suffered from the economic disaster of the Mississippi Bubble (11715 HE) during his life: Mississippi Company was experiencing a boom, and people were borrowing money to invest them to make some profit. It was too late when everyone discovered the company didn’t have the stated value at all. France tried to back it up but ended up poor with worthless pieces of paper. We can see some correlation with Tulip mania.

French king Louis XV wanted to declare war to England, but he had no money after the Mississippi Bubble. He asked parliament (aristocrats) for money, but aristocrats were calling for human rights instead. The next king Louis XVI had hard times. Pressure from citizens forced Louis XVI to step into the unknown—he agreed with the revolution. Rousseau, with the help of Jefferson, wrote Declaration of the Rights of Man and of the Citizen (11789 HE). Both declarations were influenced by each other.

Rousseau, with his ideas, was the father of The French Revolution. It was interrupted by Napoleonic Wars, but the idea was planted. The second revolution in France called the February Revolution started even more revolutions around Europe, known as the Spring of Nations. Thanks to telegraph, people followed in real-time what is happening in their country. People cared a lot about revolutions. People finally felt they belong to the same nation with the same values. Nationalism emerged.

People communicated only with people living in a range of about 100 kilometers before nationalism. For example, France used tens of dialects. Languages had to unite. To teach citizens the same language (and the same values), nations had to build schools, newspapers, and posts (to deliver newspapers to its citizens). It was crucial because, to this point, people were educated on private schools or by Church, which was not wanted anymore. Nations had different views than the Church.

This emancipation of Third Estate (the ordinary people) was not really about all common people. It was about men only. Soon after men’s emancipation followed women’s liberation or feminism. There were several reasons for changing the traditional life of women. First, it made no sense to have free slaves (which was also a result of liberalism of men) but not free women; but mostly because cities and the Industrial Revolution changed traditional roles. In the modern world, men left women at home and enjoyed all pleasures of the modern world alone. In the modern world, women worked in factories under horrible conditions. Women needed some rights against abuse at home or in a factory.

British Empire had colonies around the entire world, and their ships were welcome and safe everywhere. That allowed Charles Darwin to go to voyage around the world and explore many cultures and animals. He wrote On the Origin of Species: the idea that we humans are also animals (note that people bred plants and animals way before Darwin; idea of evolution was shared for the first time by Jean-Baptiste Lamarck, but Darwin made it coherent and real). That was very hard to accept by Christians, and it gave ammunition for new wars. People began to care who is Frenchman, Englishman, American, what is a nation, who will survive? Darwinism was not started by Darwin, though. People didn’t get his work similarly like people misused Christianity or Islam, or as we will see later, communism.

Revolution opened the door to many ideologies, which filled empty space after religion. About ideologies next time. 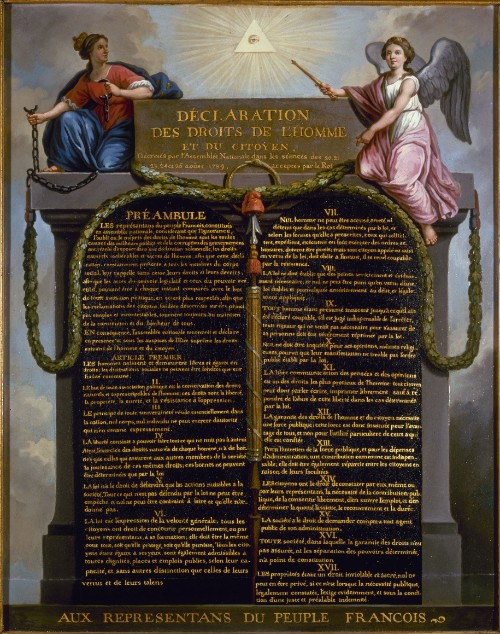