I’m not a big gamer. My PlayStation is essentially used to shield the TV table from dust. But from time to time, I find some game I genuinely want to play. I didn’t notice the Last of Us at all when it came out. I saw this game exists last year because an advertisement for the sequel appeared everywhere. I was curious what it is, checked some trailers, and bought both games right away.

I was amazed. It’s a great game. One of the best ones I ever played!

The game takes you to many various beautifully designed places, from post-apocalyptic cities to abandoned villages, woods, or power plants. On top of that, each town is different, and the mission is always challenging.

Sometimes, you need to fight the infected, other times to escape bandits or pass around the army. You can find yourself in the middle of a fight in some situations, or you fight more groups at once, like non-infected between infected, in others. The game also offers several types of infected, and for each kind a different approach is better.

In general, you can choose several approaches. Either go and shot everything that is moving, or go silently, kill silently one by one, or even just silently pass to the next phase. The first option is usually out of the question due to a lack of resources. The best advice for the game is to wander around and explore every single corner to find valuable supplies. Without them, you are doomed.

Maybe this is standard, I know that GTA V is also creatively using the controller, but I didn’t encounter this with other games I played: the Last of Us uses the controller in a way I feel I’m more in the game. Every such detail astonished me. For example, I had to shake the controller when I used a flashlight for too long, or the controller was vibrating when I aimed with a bow for too long. The sequel even used a touchpad to simulate playing on guitar.

The game is so real that I had to play it when I was alone at home or with headphones. The sounds are so faithful that my wife doesn’t like to hear when I, for example, squash heads. To be honest, even visual is too… let’s say this game is not for everyone. It’s a mind-blowing post-apocalyptic world where you fight for survival. Creators did a fantastic job to take you fully in. It’s horror. I found myself many times recoiling after “surprise,” or my heart was beating fast like I was running from an invasion of infected in reality.

I think that all I mentioned is already a good recipe for a better-than-average game, but the best about it is the breathtaking story. I would say that the story is the core of the game’s success. Without the story, I wouldn’t be afraid to play it alone at night, or have the urge to play it for two hours in a row, or need to find a spot for gaming at least every second day. I was curious how the story continues. I even considered that the story is in some elements better than Game of Thrones. I like GoT for unpredictability, and this game is alike.

The only thing I didn’t like about the game is that I lied at the very end of the first part. It is a very minor detail, and I understand the authors created the story so that it opens some possibilities for the second part. Of course, I inserted the other disc in to see how the story unfolds.

The second installment is much, much bigger. While in the first part of the Last of Us, it was obvious where to go, it was not always the case in the second part. The world is more extensive, and the story is longer. I finished the first one in about twelve hours and the second one slightly under 30 hours!

More extended gameplay is cool and not that cool at the same time. I was sad once I finished the first game, but the shorter version has its charms. You cannot prolong the game just by adding more stories; you would need to write much more stories and design much more various stuff. So the best way to efficiently double the story length is also by prolonging every chapter. I was stunned that the authors designed in detail the whole skyscraper, but that means I had to fight floor by floor with infected, which was tedious. In such situations, the story proceeded very slowly.

In case you haven’t played the game yet and plan to do so, I finish my review here. Both parts are excellent games. I enjoyed the first game a lot for sure, so I would rate it with the maximum score. The second one is still worth playing, I recommend it, but I have some issues. Mainly about the story. So my score would be only about 75%.

I would be unquestionably interested in playing the third part, but maybe it would be better to keep Ellie as is and show players a different part of the world. Perhaps it could be old towns in Europe, different cultures in Asia, or exciting places in Africa. The new location could also have its mutation, other social interactions, and so on. I would be very interested in that.

So what I didn’t like about the story in The Last of Us Part II? At the end of the first part, Joel lied to Ellie, and Ellie discovered the truth about it before the main story of the second part started (that will be revealed in one of the flashbacks), yet Ellie still wants to take revenge for Joel’s death. That’s something I don’t feel comfortable with, and therefore I was not much in the story.

Abby was the girl who killed Joel because Joel killed Abby’s father. Around in the middle of the game, there was a sudden switch from playing Ellie to Abby. In the beginning, I was not too fond of the change. Every skill and weapon I collected were gone, and I had to start again. Also, I was more curious about Ellie, even though I didn’t sympathize with Ellie that much anymore.

But over some time, I liked the new story as well. I sympathized with Abby, and the story was compelling. The problem was I knew where the story was heading: to the confrontation between Ellie and Abby. And I had to fight. First as Abby, later as Ellie. Both fights were weird, and my feelings were mixed. I don’t understand why the authors wanted to build some feelings towards both characters and force players to fight between them (without even the possibility to choose preferences).

I would expect more something like Abby mentioning Fireflies, and Ellie taking the opportunity to fix things up. Ellie could say goodbye to Dina and then help Fireflies find a new doctor and finish the operation. But no.

Another thing I don’t get is patient zero or the Rat King. I played the normal level, but I had to switch for the lightest mode, and even that was quite challenging. Maybe the issue was my TV. It was very dark there, and my TV doesn’t support HDR mode. So I had to be killed several times before I knew how to move around. That was an unnecessary challenge, and I was thinking of giving up at this point.

That’s why I would love to see some other part of the world for part III if it’s even going to be happening. Still, I enjoyed both games a lot. The Last of Us is a fantastic game! 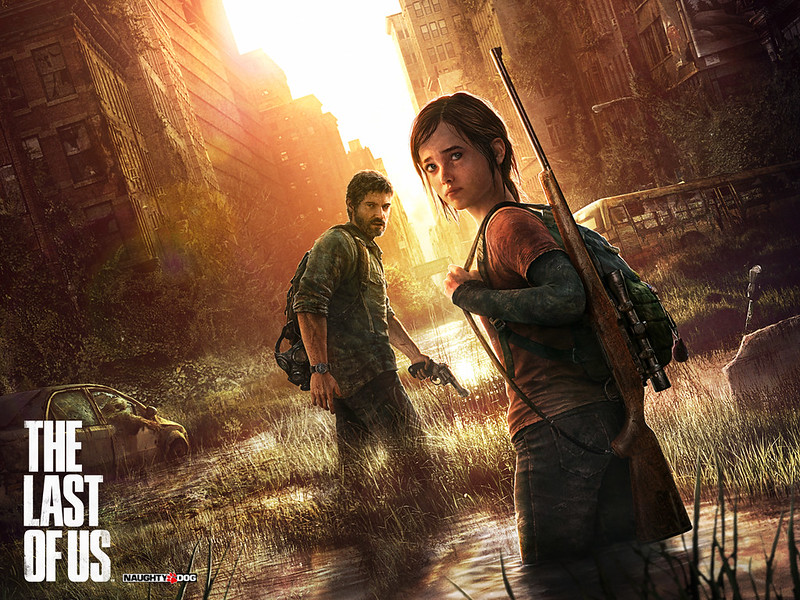