Humans were diverted before any civilization emerged. Each group of foragers had its tools, customs, and beliefs. Even today, we see differences between cultures, but it’s nothing compared to time around ten kya (thousand years ago).

For example, Tasmania was adjoined to the mainland of Australia until the end of the last ice age around 12 kya. Any humans occupying the island were cut off from the rest of humans on the mainland. When modern civilization found this island, people lived in a very different way. It was a strange world compared to European empires or China dynasties. There were thousands of such “worlds” around ten kya, hundreds eight thousand years later, and only a few of them 500 years ago.

Civilization did not emerge in one place. There were many places where foragers settled down and found villages. We can speak at least about three main locations: Fertile Crescent (Mesopotamia and Ancient Egypt), Ancient India, and Ancient China. Those places mostly influenced the modern world, but there were also great civilizations in America.

All civilizations emerged around the main rivers. Rivers were essential for the cultivation of crops, but the river was not the only condition for emerging culture. Humans dug water channels to get water farther away from rivers and invented the plow. That enabled humans to have surplus to feed more people and build bigger villages. First permanent dwellings were made from anything available around. The soil was everywhere, and in combination with water, you get simple mud-brick. Once humans observed what fire does with loam, pottery and fired bricks were invented.

Each emerging civilization was different, but the same at the same time. All cultures, no matter whether in America, Europe, or Asia, were cultivating crops, using animals, building villages and cities, and forming some mythology. The difference is based on the environment.

Civilizations in America were not evolved as civilizations in Europe or Asia when they met each other again in 11492 HE (Human Era, 1492 CE) after thousands of years of separation. Also, China is different to this very day. Why? Because there are a limited number of suitable animals and grains for domestication, and Fertile Crescent had the most of them.

Fertile Crescent was the center of three continents with the most variability. Animals were migrating through this point between continents. This area could provide sheep for wool, goats for milk, pigs for meat, cattle for power to pull the plow, horses for transportation, and so on.

Civilizations in America had no horse or cattle. Everything had to be managed by hand. They had available only turkey, llama (which is not much useful), or corn. On top of that, corn was uneatable; it needed a long time of selective breeding to get corn as we know it. Also, ideal conditions without advanced tools are only around the equator. Eurasia has much more space in this area.

Chinese civilization (near the Yellow Sea) had a more significant advantage than Mesoamerica but still cut off from the rest of Eurasia by long-distance over high mountains.

Around 6000 HE, villages were already big enough to call them cities. Citizens of the city didn’t know everyone. Additionally, no one knew everything, every one had its expertise; someone was a fisherman, someone took care of cattle, there was potter, baker, and so on. Exchanging stuff and favors doesn’t work on this level anymore as during foraging or small villages. It’s hard to decide how many apples you should want for shoes. Are four apples enough when you can buy bread for three? What if I need only one apple and cannot exchange the rest of the apples for something else?

Only 100 products mean there are 4950 exchange rates. With 1000 it’s already 499500! Humans needed to use some common shared currency. As the first currency was used something with real value, such as barley. It was impractical. Barley could decay, and it was too heavy. Silver shekel originated in Mesopotamia was widely adopted around 7000 HE. But it wasn’t a coin yet; it was only weighted silver. The first coins are dated to 9360 HE in Lydia. Later, Rome widespread dinar, which was used everywhere in the known world to support the global market.

Why everyone believed in gold, silver, or bronze even if each culture or even city was different and had its mythology? Because of the connection between civilizations. Let’s say gold has high value around the Mediterranean Sea and low in India. Nomads traveling between those cultures could buy cheap gold in India and sell it for a high price in Babylon. Then, India’s price will increase even if people in India have no value for it, and it will go down in Babylon because there will be more and more gold. The result is a similar value for the same weight of gold in both places.

Each city was managed by a king. It was a natural first social structure. Humans tend to follow popular individuals, trust them, and copy their behavior. I liked the comparison from book Blueprint by Nicholas A. Christakis: human social graphs are like airports. The main hub is connected to other main hubs and all neighboring airports; and small airports are mainly linked to the closest main hubs, not to all other small airports around.

We can see this social structure also between monkeys. Scientists tried an experiment: put monkeys together, let them form mentioned social structure and then remove the popular individuals. What happened? Chaos started right away. Popular monkeys were kind of social police, like kings.

I can imagine some kings were not good ones and people needed some better way to organize themselves. The most political systems and terms we use today, such as tyranny, monarchy, oligarchy, or even democracy, were invented already in Ancient Greece. It might be surprising that the first known democracy was established in 9491 HE (or 508 BCE).

The problem is, we need to believe in any such artificial system we invent. If we do not believe in democracy, capitalism, or God, the system will collapse and disappear. On the other hand, if we do not believe in gravity, it will stay with us no matter what. So we need to believe in some systems. It helps us to organize civilization and live a happy life. We need to find some common values so we can live peacefully. Unfortunately, not every system works fine, and sometimes it brings more significant problems.

Next time I will continue with mythology, which is an essential part of every civilization. 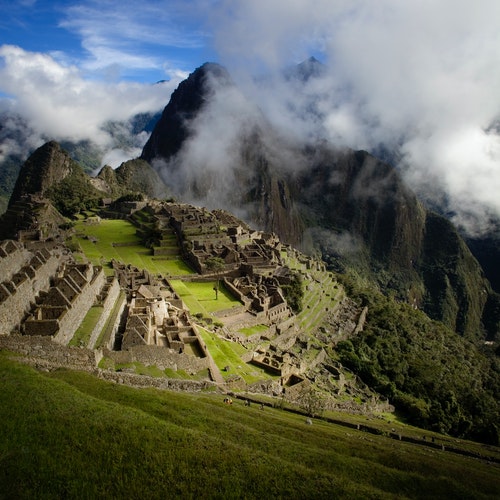