I think that the classic concept of salsa festivals with a lot of workshops of all different dances during the day and parties overnight is not ideal. I see two types of people:

So, in the end, no one is entirely happy. That’s why my favorite festival is Mamboland by Adolfo, which satisfies the first group of people, those who want to be better. And Splash in Šibenik where you can also dance during the day a whole week on the beach, and there is just around one thousand people, nothing extra crowded, which satisfies the second group, those who want to enjoy the dance.

And then there are marathons. We have one in Prague (but almost without anyone from Prague! :-O), there is going to be one in Heidelberg, Berlin and many more are popping out everywhere. Party animals love it. They can dance all the time, and this is probably the future for the second group. Perhaps this is also the future for festivals. You could see, for example, that Berlin or El Sol had a social party during the day similarly like a festival in Šibenik. I think more of them will go this way.

But there is still a lot of space to create festivals like Mamboland for the first group. So, if you are an organizer, don’t be in a rush and don’t copy what all others are doing. I like those all-day-long dancing, but I also want to learn something to be better. Unfortunately, the classic festival is not an excellent concept for that. At least for me. And hey, those groups are not actually distinct. I will be glad for (and I will visit) both concepts.

BTW marathon is not a new thing. There are already some good records which should be challenged! Sooo, who is going to do a marathon for many, many, many days? :-) 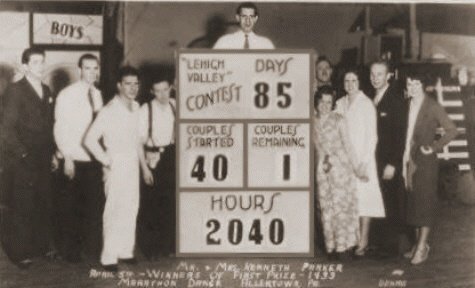