Anything learned by one individual will die with that individual unless it’s been passed to the next generation. After cognitive and agriculture revolutions, humans had a lot of new stuff to remember such as when crops were planted to calculate harvest time, at what times flooding can be expected, how many grains I gave to my neighbor and so on. All kinds of stuff hard to remember.

The first script showed up to help with the issue. It was used only for mentioned essential notes. No one could even imagine we could write down and store everything we say. The first script was a partial script, invented around 6000 HE (Human Era, 4000 BCE). The partial script is such a script that cannot represent all that can be expressed in the spoken language. Today, one of the most popular partial scripts is mathematics.

We cannot be sure which script was the first one. There could be some script that is still buried or completely lost. So far we can say the first script was probably a sexagesimal—numerical system that originated in the ancient Sumerians. This system has base 60, and that’s why we have 60 minutes in an hour, 360° degrees in a circle, and so on.

That is an excellent example to show how language or script influences how we think. Spoken language is freer, but is also limited in its way. For example, my natural language is Czech, which uses declension; when I say “I visited a friend” in Czech, you will know whether it’s he or she. Declension is also giving me the ability to use any word order. On contrary, English has some required structure. You need to know what you want to say in advance, and some details are hidden in the context. We could say English is an analytical language. Both Czech and English use tenses, but for example, Japanese has present, and future tenses combined in one tense, or Chinese has only one tense. You need to detect the tense from the context similarly, like gender in English.

Language is an artificial thing invented by humans, and some ones are difficult to understand. For example, many people fear mathematics. Mathematicians learned math, and they can talk abstractly without a problem. But it’s less natural to humans, and most of the population doesn’t understand it. Math can appear complicated even when the application is straightforward, whereas influence can seem simple even when the application is very complicated. Or, with other words: it’s hard to convince people with a simple graph but easy with a complex manipulation. Language can be compelling.

In the beginning, humans invented all kinds of systems for keeping records and calculations and, later, all types of systems where each word has its pictogram. Some civilizations developed more complex scripts from simple pictures, such as cuneiform (in Mesopotamia), hieroglyphs (in Egypt), or even knotted string (called quipu; in South America). Hieroglyphs were probably the first script that could be used to represent anything that can be expressed in spoken language.

Anyway, it was not meant to be used by all people. First notes or texts were on big rocks, something tough to move. People fixed this problem around 7000 HE with clay tablets. Later around 7500 HE, it was more improved with papyrus. Papyrus didn’t change who can read and write, though. Even kings didn’t know how to read, and a messenger had to read it for them. Actually, messengers included their notes in the text, like when to raise voice during reading or to say hi to each other.

As said at the beginning of this post, the first drive to invent scripts was farming. Farmers needed something else than recording tales. One vital information was to know the cycle perfectly. Calendars were maybe invented even sooner than any other script. New studies show that perhaps even foragers knew how to read the sky. We have proof that humans invented a calendar for sure with first scripts around 7000 HE. Even Stonehenge built around that time seems to have been used as a lunar calendar.

When I was younger, I didn’t understand how historians can be so sure about exact dates before counting started. Now it makes sense. Humans invented calendars way before any empire emerged. They just didn’t care which year exactly is. And when they cared, they used some references. For example, in times of Olympic games people used Olympic winner as a year reference (second year of winner Coroebus of Elis).

A big milestone of writing systems is simplifying the script. Just a few characters replaced many pictures making it easier to read and write. New scripts were a collection of ideograms instead of pictograms. Ideogram is a character representing some speech sound or gesture (phone). Alphabets were invented. This invention came from Mesopotamia and was shared everywhere around. But not all civilizations adopted it. China was very far away to know about it, and when all civilizations met, China already had deep roots in its script.

Complex writing system (and mostly alphabets) allowed to form complex organizations. Basically, the writing was a required step before big empires could emerge. All citizens can know each other in small villages. It’s getting problematic in cities, and it’s impossible to keep order in the empire without maintaining tracks. Bureaucracy came into the game.

Next time, I will continue how the first empires emerged. 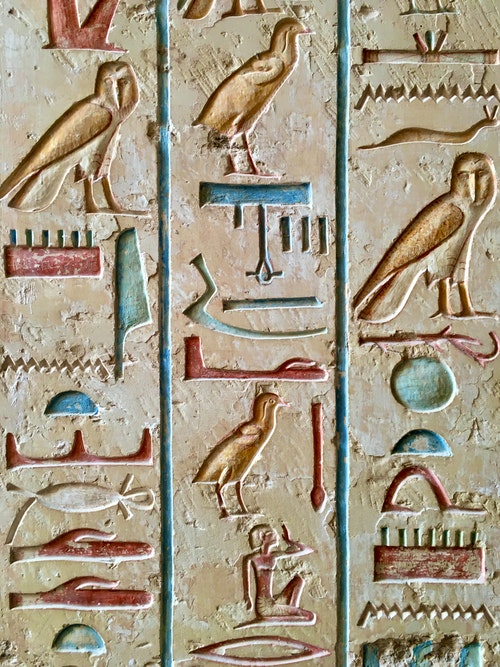